New if we look at the design and physical dimensions GoPro Hero 11 Black Its almost identical to the old model. If 11 Black is not visible on the side of the camera, then it is difficult to identify between the two. This new camera of the company comes with a rugged design and it is waterproof to go in water up to 10 meters.

It has a 2.27-inch touchscreen display at the back and a smaller display, towards the front, which is a color display but touchless. The lens cover can be removed and the camera supports Max Lens Mod. Mounting fingers have been given in the bottom and a flap has been given on the side to protect the battery and USB Type C. 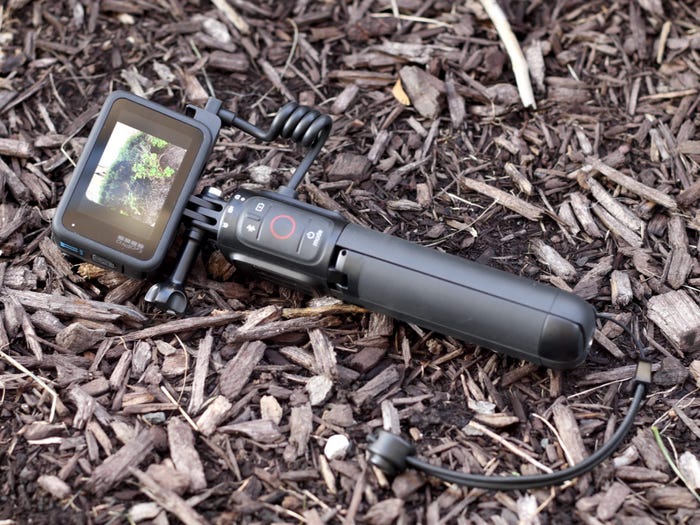 The Hero 11 Black GoPro camera comes with an Enduro battery, which was available for purchase separately in the old model. This time the company has promised 38 percent longer recording time. Hero 10 Black brought with it the GP2 processor and the new sensor has been given in Hero 11. It’s 1/1.9 inch bigger, while its horizontal resolution is the same. Due to being tall, it gets more vertical resolution and it comes with the new 8: 7 aspect ratio.

Due to the large sensor, 27-megapixel photos can be taken from the GoPro Hero 11 Black. Apart from this, a new HyperView lens has been given for video recording, which gives a wider field of view than the Super View lens. Hero 11 Black supports 10bit color and 120Mbps video bitrate, which can be enabled by going to Pro Tune settings.

The latest version of Hyper Smooth 5.0 has been given in the new model, in which 5.3K resolution is supported while shooting Time warp videos. Apart from this, new presets for vehicle lights and star trails have also been given in the time lapse menu.

Like the Hero 10 Black, this new model offers maximum video recording resolution of 5.3K at 60fps and 4K at 120fps. There are many variations available in this for framerate and resolution, which can be played with.

Along with the 8:7 aspect ratio, the company says that its advantage is available to export the video later in 4:3 and even 9:16 through the Quik app. In this process, the quality of the video also remains the same.

If you’ve used a GoPro device recently, you will soon understand the user interface of the GoPro Hero 11 Black, but now the settings menu has been organized in a better way. You can now also switch to Extended Battery mode by going to the new video mode’s settings, after which it shifts the video recording to a lower resolution and disables the 8:7 aspect option.

You can also customize the video presets, but switching to Extended Battery mode gives you quick access to video presets that prevent battery draining too quickly. You can switch to Easy mode with the Controls toggle button, which gives you single and non-editable presets for videos, photos, and time lapse. This is useful for those who just want to shoot by simply pointing at the camera subject as quickly as possible.

I haven’t spent much time with the GoPro Hero 11, but so far I’ve found its image and video quality to be pretty decent. The GoPro always delivers great stabilization and the Hero 11 Black also comes with Auto Boost, which works only on stabilization when needed, so that the frame doesn’t get cropped permanently during that clip.

I found a cool feature called Horizon Lock which is used for 360 degree rotation, which means that the horizon stays there, and the camera rotates 360 degrees. This was one of the main features of the Max Lens Mod and GoPro Max 360 degree camera, but the Hero 11 Black now supports it natively.

If you missed out on the GoPro Hero 10 Black, then the Hero 11 Black might be quite interesting to you and at Rs 51,500, it is also a bit cheaper than the old model.

Apart from the new, larger aspect ratio, does this new sensor prove to be a bit better than the old model in image quality as well? We’ll be testing the GoPro Hero 11 Black in the coming days, so don’t forget to come back here to check out its full review. Xiaomi 12 Pro 5G At A Low Price Getting A Discount